The first project for a lighthouse on the isle of Ons, drafted by engineer J. Elduayen, dates from 20 December 1861. Elduayen designed a layout for the building with three single bedrooms – one for the engineer, one for the first tower operator and one for the second tower operator – plus a storeroom and a repair workshop.

Outside, it has granite masonry up to a height of 4.25 metres resting on a 1-metre high base with a 10 cm reredos crowned with a 0.30-metre high cornice.

The numerous windows, all of which are topped with semi-circular arches, like the main entrance door, make it very bright and luminous inside.

The tower has two quadrangular body sections. The first, embedded in the building, serves as a support for the second - 5 metres high - on which the spotlight rests and on which a

60 cm wide catwalk protrudes, protected by cast iron railings that is used for cleaning the outside of the light room.

This first lighthouse, which began operating on 13 April 1865, consisted of a 5th-order catadioptrical light with a continuous white beam varied by flashes every 2'' and a range of 17 miles. It was positioned 128.4 metres above sea level and 10.63 metres above ground level.

The light, purchased from Stautter for 10,746.50 pesetas, had a weight and plunger lamp that worked on olive oil. Thirteen years later, it was replaced by a single-wick, oil-fired Maris light.

In 1902, in order to improve lighting standards, the Lighting Reform Regulation was approved. As a result, the lighthouse needed to have a longer range and its light would have to emit sets of three white flashes. Some time later, by an Order of 1906, the arrangement was set at four flashes every 24'', with a nominal range of 24 miles.

In order to comply with the first standard indicated above, in 1904, petroleum steam and outdoor heating were installed. But, as occurred with many lighthouses of the time, that solution was not the best and eventually led to a new lighthouse being built.

The new lighthouse, designed by Rafael de la Cerda and modified by Ramiro Pascual Lorenzo, was opened on 4th July 1926. The new lighthouse building was made with the dimensions of the previous one and 10 metres away from it. The gap between the two towers was bridged by a low building, thus giving it its current U-shaped configuration.

To ensure the light met the characteristics required of it, the tower was demolished at the top and an octagonal-shaped had was added, topped by a light measuring 3.70 metres in diameter with helical uprights, acquired from the workshops of Maquinista Valenciana. This unit manufactured by La Maquinista was driven by a clockwork machine and weighed 115 kg. The light was provided by a Chance Brothers incandescent pressurised petroleum vapour system with 85 mm hoods.

Electricity finally arrived in the form of a set of batteries used for the indoor lights and recharged by means of a wind turbine assisted by a small 2.5 HP generator set, which was also used for the radiotelephone. Nowadays, it has two generator sets.

Subsequent work on the building consisted of small reforms: in 1932, the inside was covered with tiling. In 1977, José María Pita Orduña projected changing the lighthouse roof with the demolition of the existing horizontal terrace and renovating the balcony and dome of the tower. The roof is built with four slopes on the two side pavilions and the terrace of the central building was waterproofed with asphalt mat covered with a layer of reinforced cement mortar. In 1977, the tiling on the outer face of the building walls and the lighthouse tower was also renewed.

In 1994, under the direction of Antonio Martín Oliver, the facility was overhauled, which included waterproofing and cleaning the dome and roofs. Subsequently, a museum room was built, where the historical heritage of this lighthouse service since its inception has been preserved. 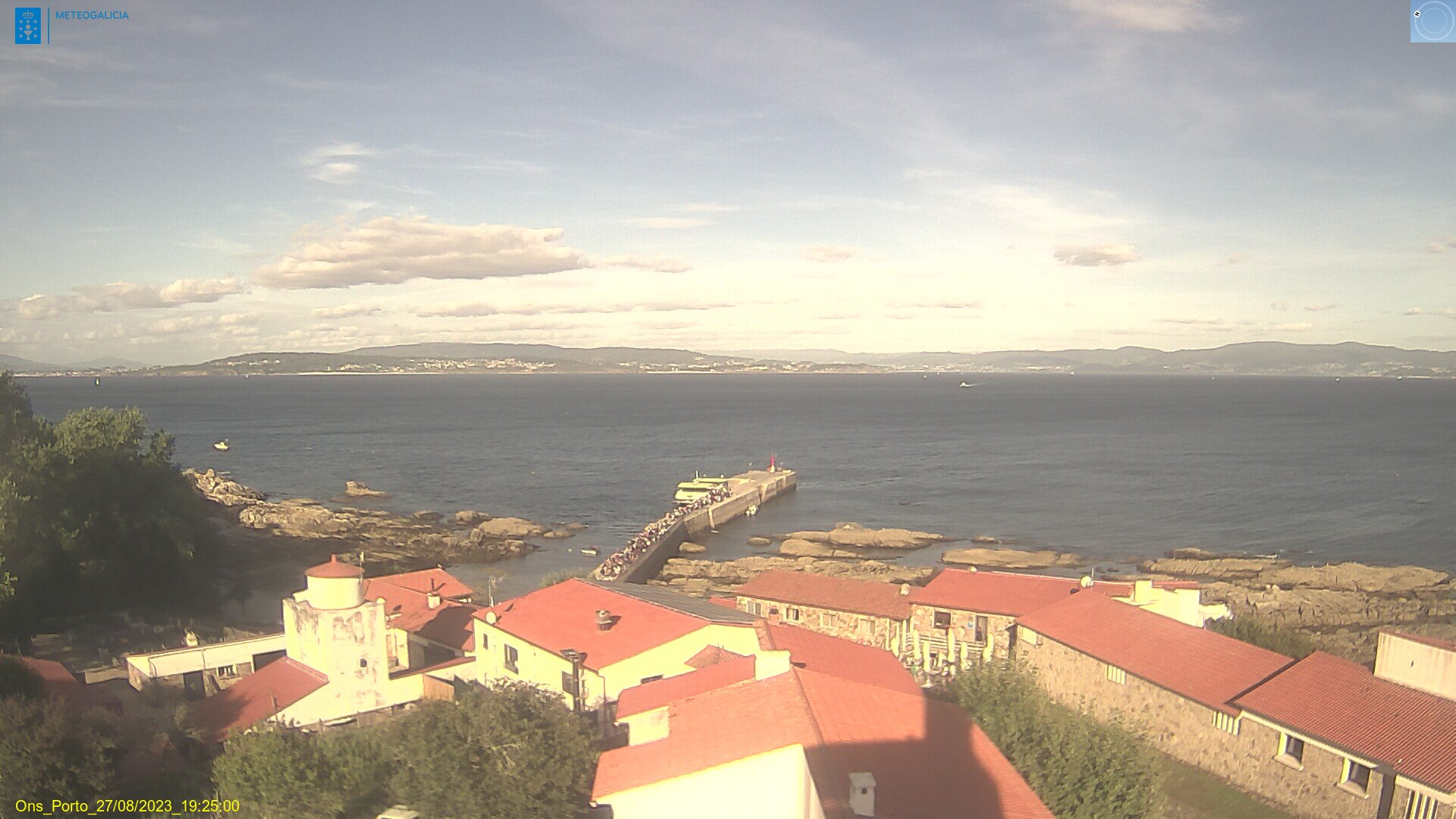 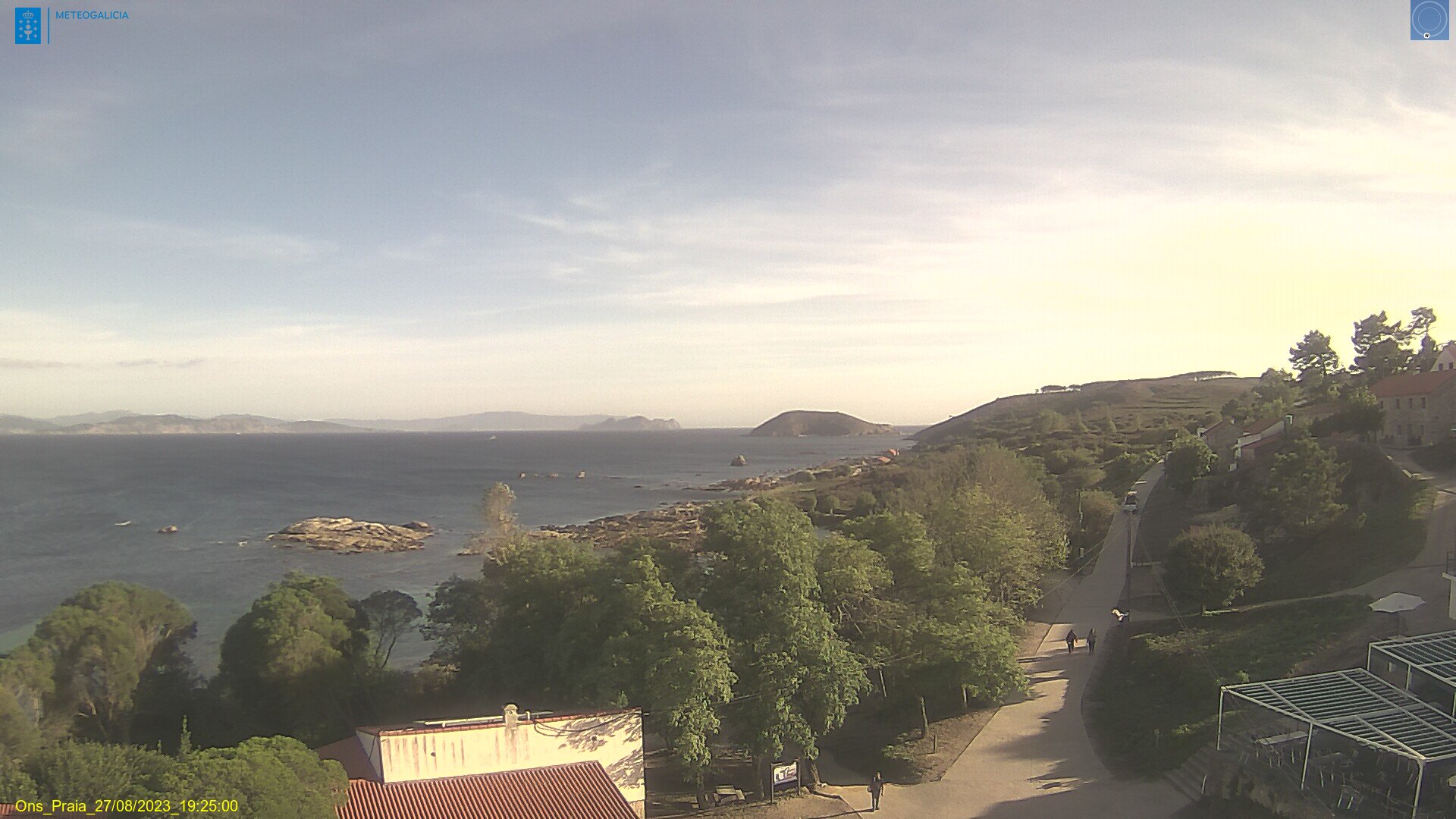 VIDEO, REPAIR OF THE DIQUE OF THE ONS ISLAND

Download Ons Lighthouse Project Memory
Download map of lighthouses and beacons of the Pontevedra estuary.
Download regulation of safety conditions for maneuvers at the Ons dock.